No 55 The White Rose Ultra

This was a new kid on the block and I was intrigued. There were two options, 30 or 60 miles. I had entered the 60 before realising that this meant two laps (which gives a rather tempting get out). The emails leading up to the race day were hilarious and I was very keen to meet the team and see their humour and personalities for real. We had finished our chores and arrived at Golcar by mid afternoon. It was dry and we decided to go for a walk and investigate the first short section of the course (this was later to prove invaluable as I had seen the yellow paint on the road before a night of heavy rain and thick covering of leaves).
﻿
We just about made it back to the van by late afternoon and before the onset of heavy rain.  The pattern was almost identical to last weekend, heavy rain and gales from 4pm until well into the night. At least this time I was sat in the comfort of the van with a good book and plenty of food. It meant we did not venture out to the pub for a drink or to see the fireworks just down the road. Fortunately race day dawned chilly, windy but dry. The car park suddenly filled up, the pub was open by 6.30 so we could use the toilets and registration was complete. Before 8 we trooped off down past the mill to the start.

The start was fierce up a very steep cobbled road and many of us slowed to a walk, determined not to use all our energy in the first 400m. The front runners missed the yellow road paint but were shouted back. Jon was on a mission and running well, in fact I could not keep up. The entry was not huge so we were soon fairly spread out. Once I  got used to watching for the markings it seemed fairly easy to navigate although we perhaps made a small error coming off Rocking Stone Quarry. Apparently some people went very wrong and never even made it to CP1. We also know that a number stayed straight on at Crimea Lane and took a short cut worth a couple of miles! The weather had now deteriorated  and it was a relief to turn off the A640 and not have the wind and rain in our faces.  We negotiated the lanes to CP2 to find we had been mysteriously overtaken.
The weather continued bearable but changeable to the visitor centre at the far side of Marsden. The views of steep valleys, wild moors and mill towns were great and I should have taken my camera out more. A little pack of us ran together to CP3 and as we jogged up Standedge Trail the wind, rain and hail picked up. It wasn't the weather to stop for the promised cake so I grabbed a few gels and pushed on. There was then a rather sadistic descent into Marsden before a sharp turn and climb out past a flight of reservoirs. The rain was not constant so it was hood up, no down, no up again etc. I caught Jon around here and found he was furious about the short cutting. Sadly for him it made him despondent, whereas it fired me up determined to overtake people. This proved quite easy as they were moving slower anyway.  It was steadily up for about 4 miles but a scenic part of the course and no tarmac. The marshalls at CP4 were real heroes and despite their small camper van they must have been frozen in such an exposed position.
The chocolate cake looked tempting but it was too cold to linger. After the short climb to Wessenden Head it was down hill on the road for a couple of miles before turning off across the moor. There was a herd of highland cattle with very impressive horns but they were very placid and even let me stroke their nose. I could see two runners ahead and used them to keep my pace up.
Sadly I also stopped navigating and followed them east down Red Lane. Then running up the pavement to get back on route I tripped and bashed my knee and shoulder. We sorted out our position and were quickly back on route heading for Blackmoorfoot Reservoir and the last CP. A quick glance at the map showed almost all the rest was on roads and although they were small and mostly empty of traffic it would be hard on the feet and legs.We crossed the river Colne and Huddersfield narrow canal before the final climb over the hill just west of Golcar. I had hoped to break 5 hours but in the end was happy to get 5 hours 12 and finish as first lady and 6th overall. My knee was stiffening up and I was not at all sure I could face going round again. I ummed and arred for about 20 minutes but after cake and a bacon butty common sense prevailed (truly) and I called it a day.
It was sunny in Golcar but the idea of arriving over at Marsden as the light was fading and then finding gales and rain or worse was more than I could bear. If it had been a linear course or worth points in a league I am sure I could have gone on, but it was nice to stop. I had a very firm massage and then a long chat with Jon and others. Bob arrived back from his adventures a little later. He too had taken a tumble but once changed he came and joined us for refreshments.  What a great bunch the WRU folk are. Kerry stayed in good humour throughout, Matt was keen to listen to feedback re the route and shortcuts... the whole team were wonderful, especially the guy who made my bacon butty and about 6 cups of tea.
Shameless plug for North West Air Ambulance..... 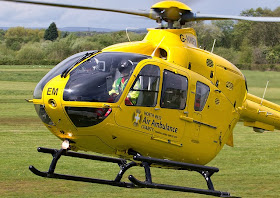 If you are enjoying reading all this please go to
justgiving.com/Karen-Nash1 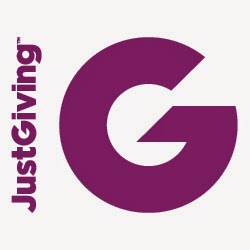