Race report for UpHillDownDale Beacons 100 (and 50)

What a difference a day or two makes.
Wednesday 18 mile was a recee of CP5-7 in gorgeous weather. The views along the edges were superb and from midday the sun came out. I saw very few people on this western edge of the Beacons area – The Black Mountain.
The paths were good and despite a massive descent and re-ascent at CP6 I really enjoyed my day out. It was varied terrain with some relatively pathless sheep trod moorland, the big edges and then the limestone of Dan yr Ogof. 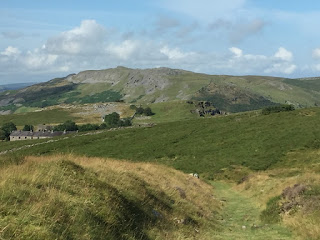 I ran slowly to conserve my energy and thought it would be a section of the race to look forward to.
Thursday I did CP7-8 plus a bit more before deciding it was too hot to run. 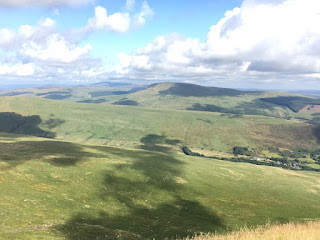 Again the route seemed fairly straight forward but I was happy to know what was coming up. It was a section I had run a few years ago but in reverse and in the company of others so taking less notice.
There seemed little point going down to the river crossing and then up the impossibly steep slope. There were no paths and I could see what had to be done. Instead I lay in the sun.

It was going to be a tough route. I had recently looked at the results for the previous two years and been alarmed at the number of DNFs and the slow times for 100 miles (31 hours plus). 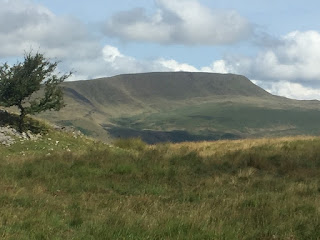 Race day. Ah well. Wind and rain for much of the day but it was on off and certainly wouldn’t be much of an issue for the race. After hours of reading in the van and reminiscing about Might Contain Nuts races from the Outdoor Ed Centre we moved to Crickhowell and got all the Runfurther gear sorted- flags and banners up, display boards and spot prizes out in the hall, a few prizes for the RO and then time to chat. I didn’t know many of the other runners but Steve Jones was there with plenty of time to spare too. I was dressed to run, my drop bag handed in and I just wanted to get going. It was going to be a tough course with the night coming early with all the low cloud. Perhaps I should have done a recee of this first 20 mile loop but I guessed that near the start there would be other runners around me. 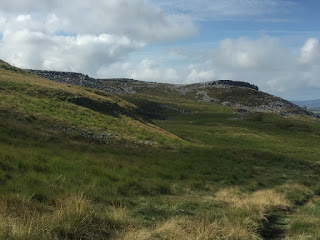 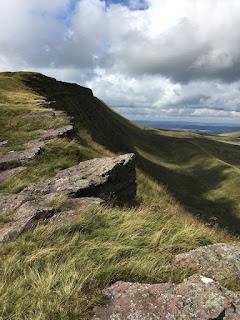 By the time we woke the rain had eased to the extent there were some gaps in the heavy showers but the wind seemed just as bad. All the rain had of course swollen the streams and rivers.  David had made it over to CP6 but it had taken him a long time and he had been confused by the diversion. He was at CP7 when he was stopped. Almost a dozen left CP4 and made it to CP5 before they were stopped. The Mountain Rescue pulled the plug. It is likely if the weather forecast had actually been accurate that we may never have started, certainly not on our planned route.

The 50 miler set off on Saturday morning and so with more knowledge of the conditions they were serious rerouted away from the tops and any river crossings. I believe they went through the col to the east of Cribyn and the down the valley to the south rather than along the ridge south. They missed out Tor y Foel hill and went down the Taff trail to Tal-y-bont and back along the canal. They still got a long race but not those tops. Many finished at it must still have been a tough day out.
So another DNF. 2019 is proving to be a tough year despite some good runs as well. It seems whenever I take on a race that makes us change our holiday plans it goes a bit wrong. In NZ my race meant a big detour back across the South Island. This time it meant we stayed in the UK instead of heading off to the sun in the van. I just hope diverting from France and the Pyrenees to go to the Tor des Geants goes better. (Yes, feeling a bit low and fragile).