A poddle on Pendle

A super hard run on Wednesday night at Street O had left me more exhausted than seems reasonable after a 75 minute run. The area was flat which helped my achilles and I knew that area well which helped my planning and navigation. I finished in a bad way but in retrospect it was worth it for some good points. 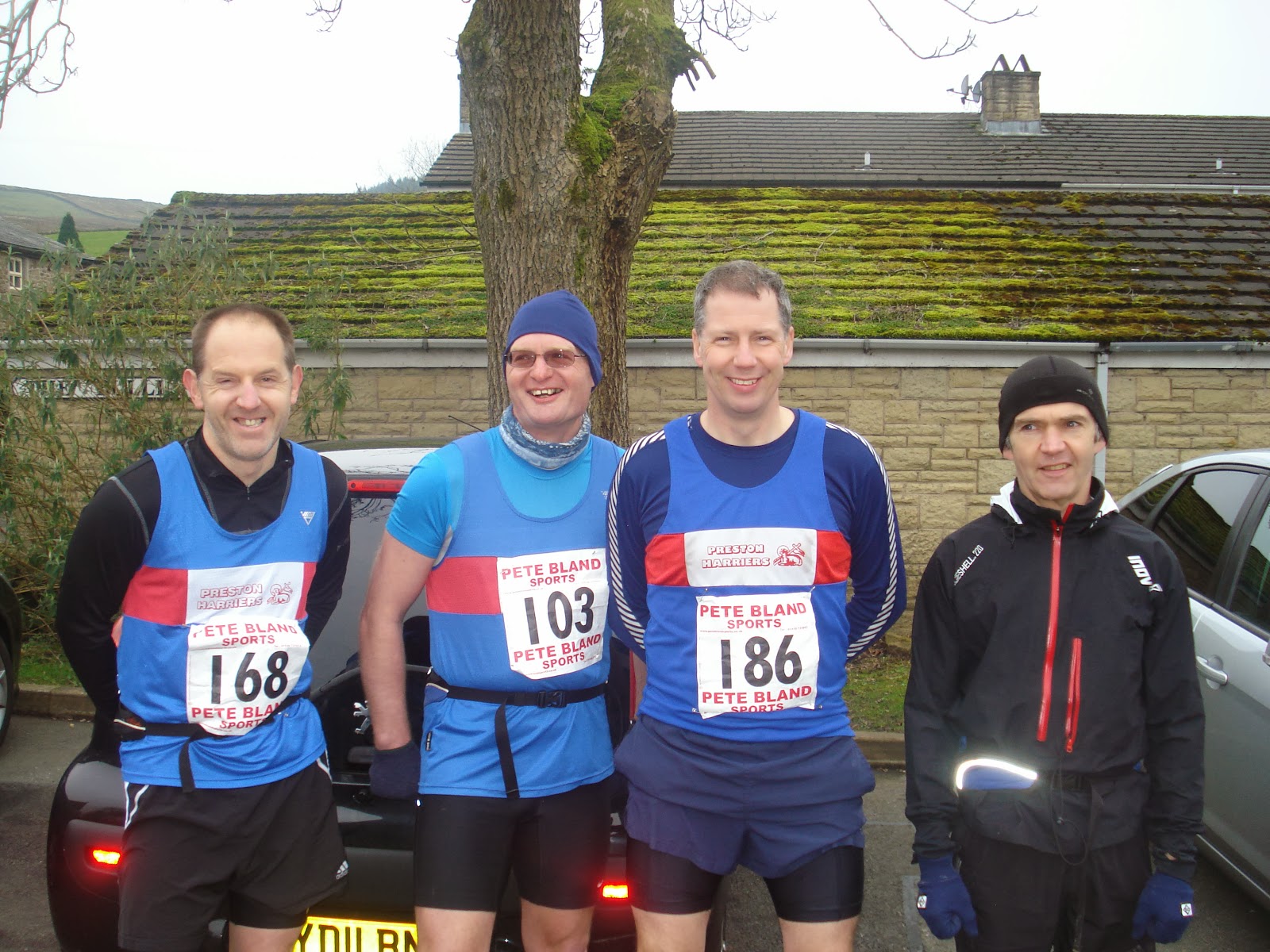 I had no energy to cycle on Thursday or Friday so by the weekend I was keen to be out on a hill. I'd been told the race on Pendle was pre-entry only but Bob had planned to run from the Nick so I joined him. We arrived to a stiff cold wind and a summit lost in cloud. The wind carried me to the turn off for Ogden Clough and then as I dropped it got much warmer. I bumped into Vic M who I had not seen in ages and stopped for a chat then it was an easy run down to Barley. I met plenty of others coming up ready to support the race and then runners using the hill to warm up. I dropped some Run Further flyers off in the village hall and bumped into the Preston Harriers (minus Mick and then John G appeared too)
I was tempted to get an entry and run with them but was far from convinced that my legs were ready and although I wanted a run I did not want to hurt my achilles. I left them a jogged back up the lane before crossing the dam and heading up to the woods. My detour let the runners get ahead on the lane so I dropped down to the next dam, crossed the stream and headed up to the trig point just behind the runners. I kept an eye out for Bob but did not hang about in the clag. The race crosses the big ladder style and heads towards the Scout cairn so I dropped down the flag stones until the broken wall. I still missed most of the runners but a quick chat with the lady at the back suggested she was struggling. I ran with her across the moor and then down to the reservoir. 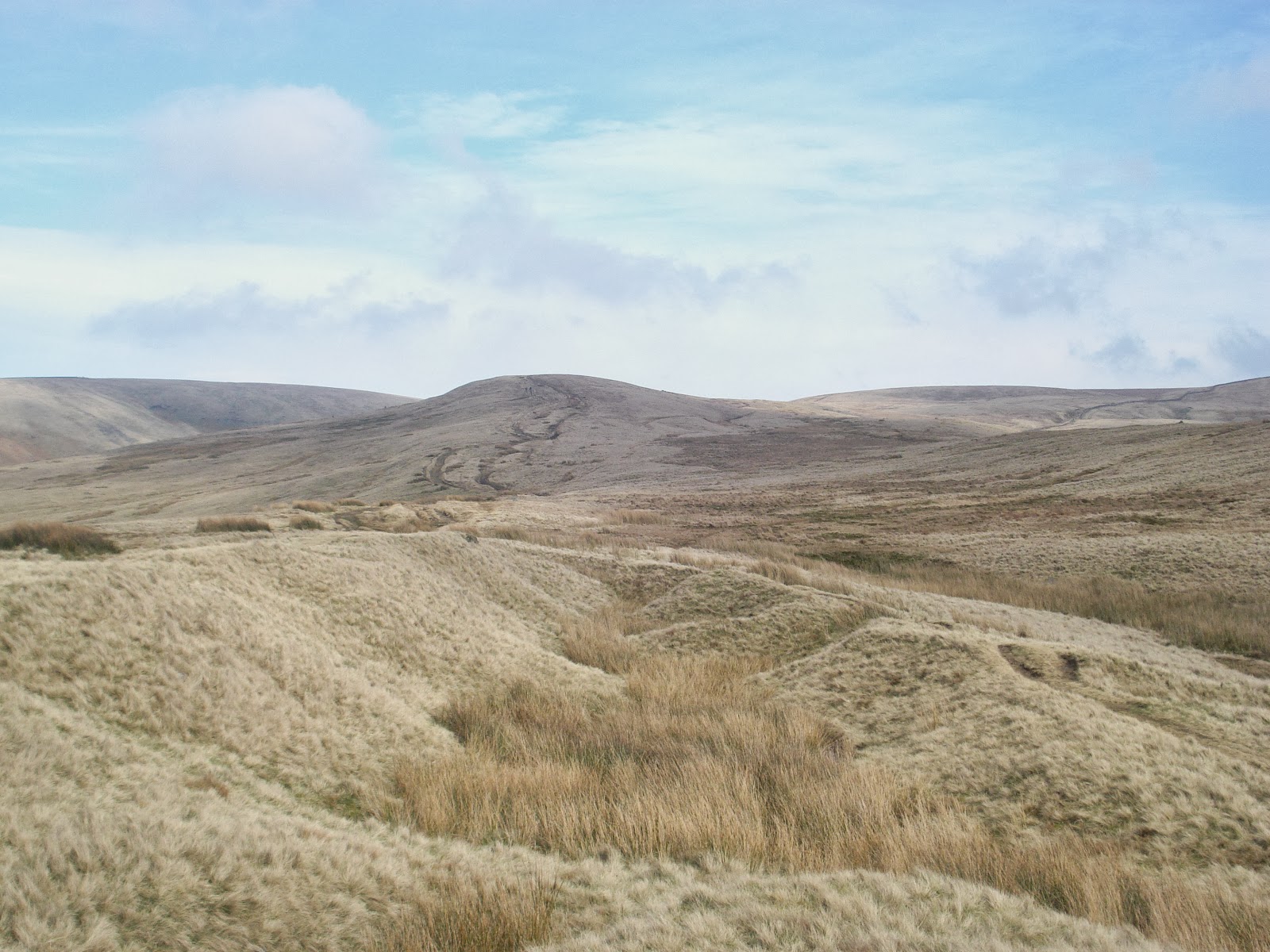 Hopefully it kept her going and when I peeled off to climb up above Deerstones there were two ladies together and some guys not too far ahead. The climb up is less eroded than I remember but just as tough. I wasn't racing so stopped to eat a wrap in the sunshine and to admire the view. As I got to the top I could see the tail runners in the distance climbing the ridge to drop back towards Barley. After crossing the wall my run was easy- a slight climb and then down hill all the way. The weather was clearing and Pendle looked beautiful. I was tempted to turn back towards the summit and go towards Mearly but we had planned on about 3 hours and I didn't have that much energy. 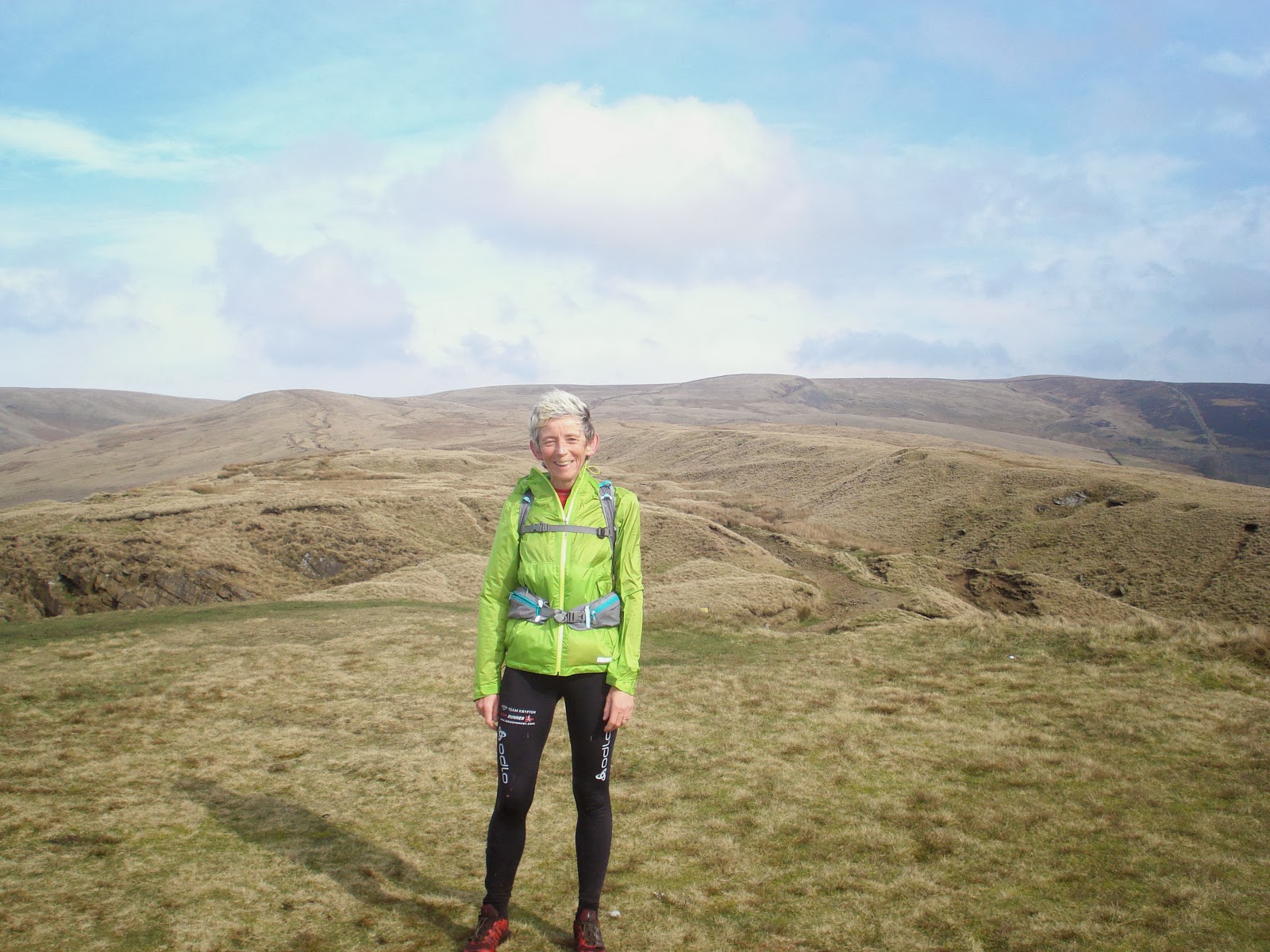 Despite the sun it was chilly in the wind. I climbed the rock behind the van to get a view and had a short run over the fell to the west. Back at the van I changed my wet shoes and socks and settled to read and eat whilst I waited for Bob. I was tired again and happy to fester for half and hour. Hopefully as I am helping Bob at Street O rather than running I will have energy by next weekend and the Hobble and the first of the Run Further series. Interestingly I do not think the Hobble has gained me counting points except in the first year I ran when I did fewer races.
Posted by Ultras and a lttle bit more at 09:26