With no opportunity for long runs I made the most of the sunshine and the time that I did have. Two sessions on the Quantocks was better than nothing. I love those hills- they have lots of family memories and many tracks that just let you run and explore. The first session saw me head north from Crowcombe Park Gate and then drop sharply to Bicknoller and back up again. I then did the same towards Kilve on the eastern side of the hills. The views were excellent to Exmoor, the north Somerset coast and even to South Wales. The Quantocks are mostly moorland with a good cover of gorse and heather, so very pretty at this time of year. It is almost impossible to get lost even if you do not use a map so I just ran where the mood took me. Not very fast but it was good to be out on the hills for a couple of hours. 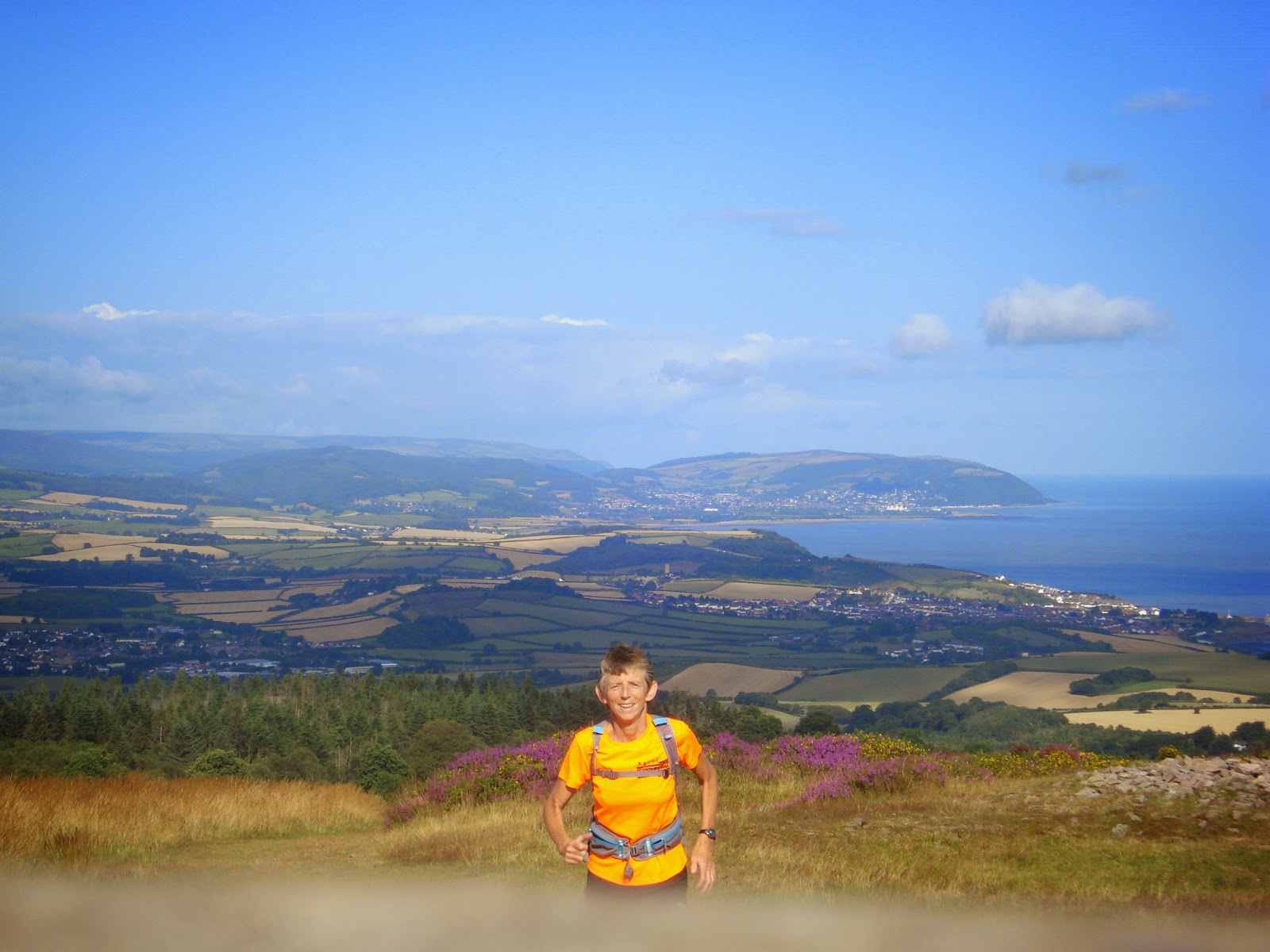 The next visit saw me parking at the same place but running south to Triscombe Stone taking in every top that I could fins along the way. I then continued  out over Aisholt Common and all the ponies that graze the moor and on to Lydeard Hill. I added some good climbs on the return leg by dropping into the woods to the east and then out to the Beacon on the west. Not quite so sunny this time and the views were hazy. 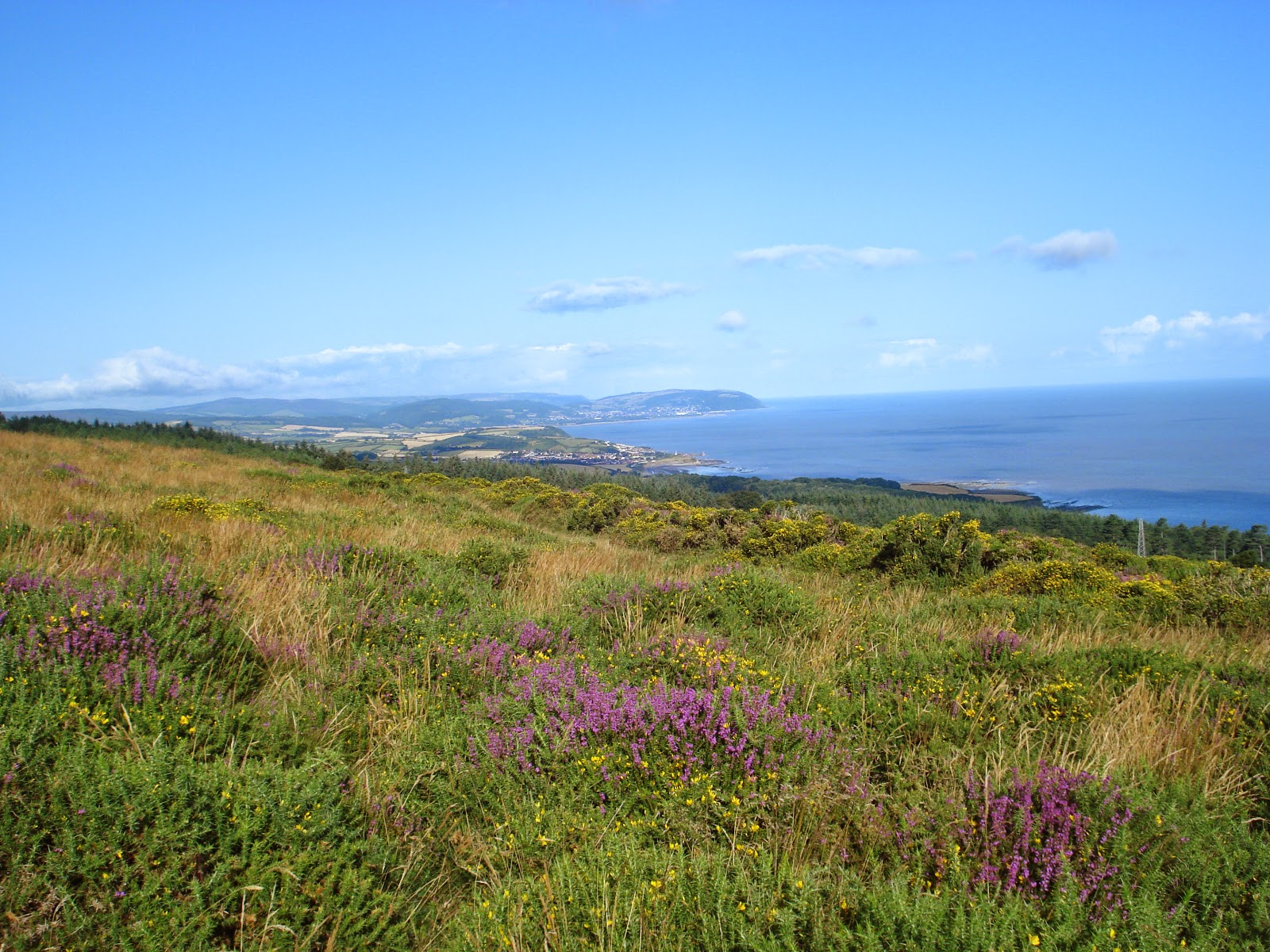 Amusing to watch a bellowing match and eyeballing between a herd of highland cattle and some heifers that had escaped their field.Again I was only out for 2 1/2 hours but enjoyed my little jaunt. 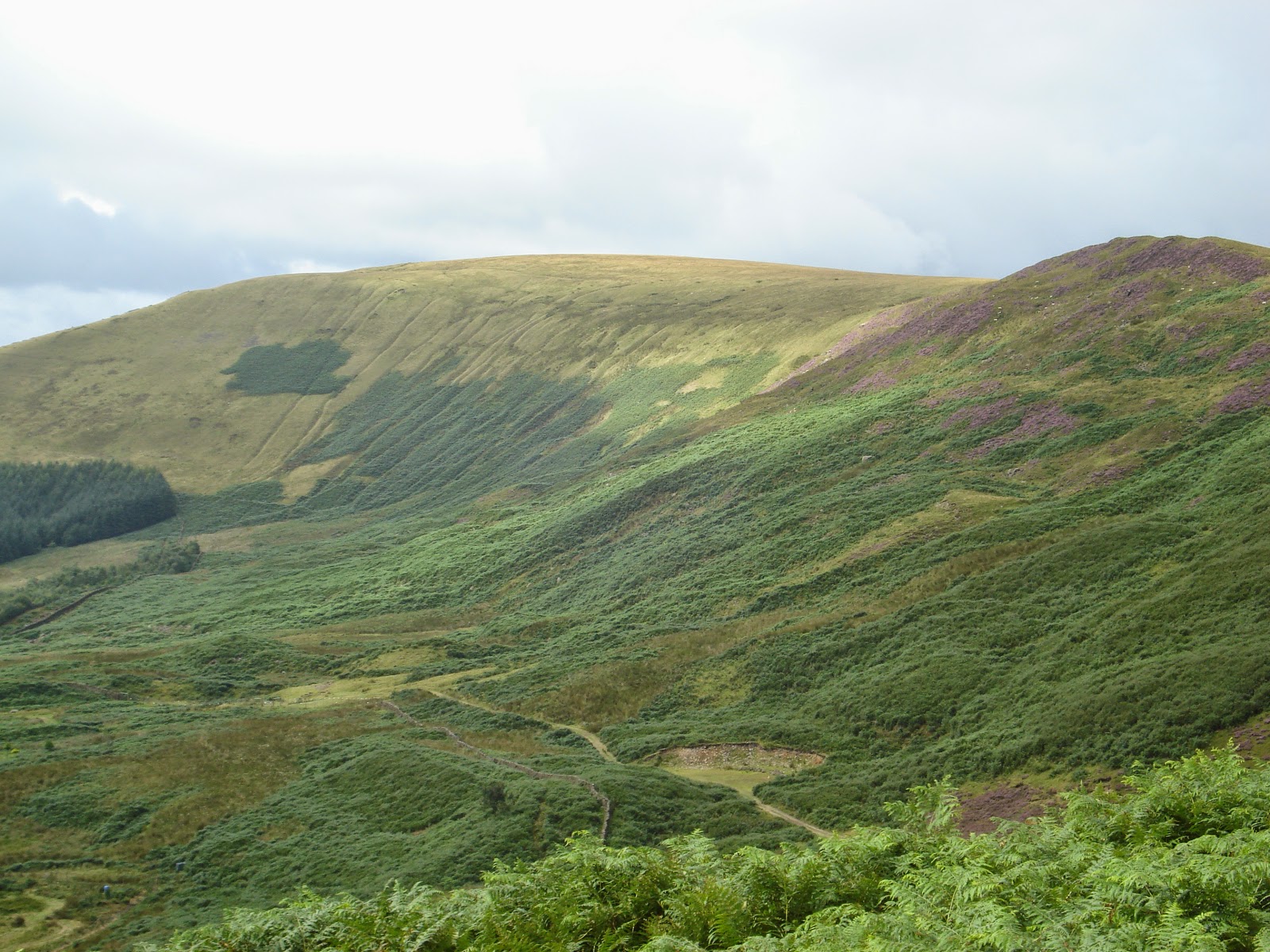 Back home for a day or so I decided I needed a longer run and bigger climbs. Despite the cloud and heavy showers I parked at Fell foot before 10 and headed up Parlic. I spotted Pete's car but not him. It is easy to get big climbs here so after two ascents of Parlic I carried on to Fairsnape and dropped off the northern side.

Once I was at the top again I had a rest and ran out to Saddle Fell and got another climb. Then came my mistake... to follow the old Fiensdale route. 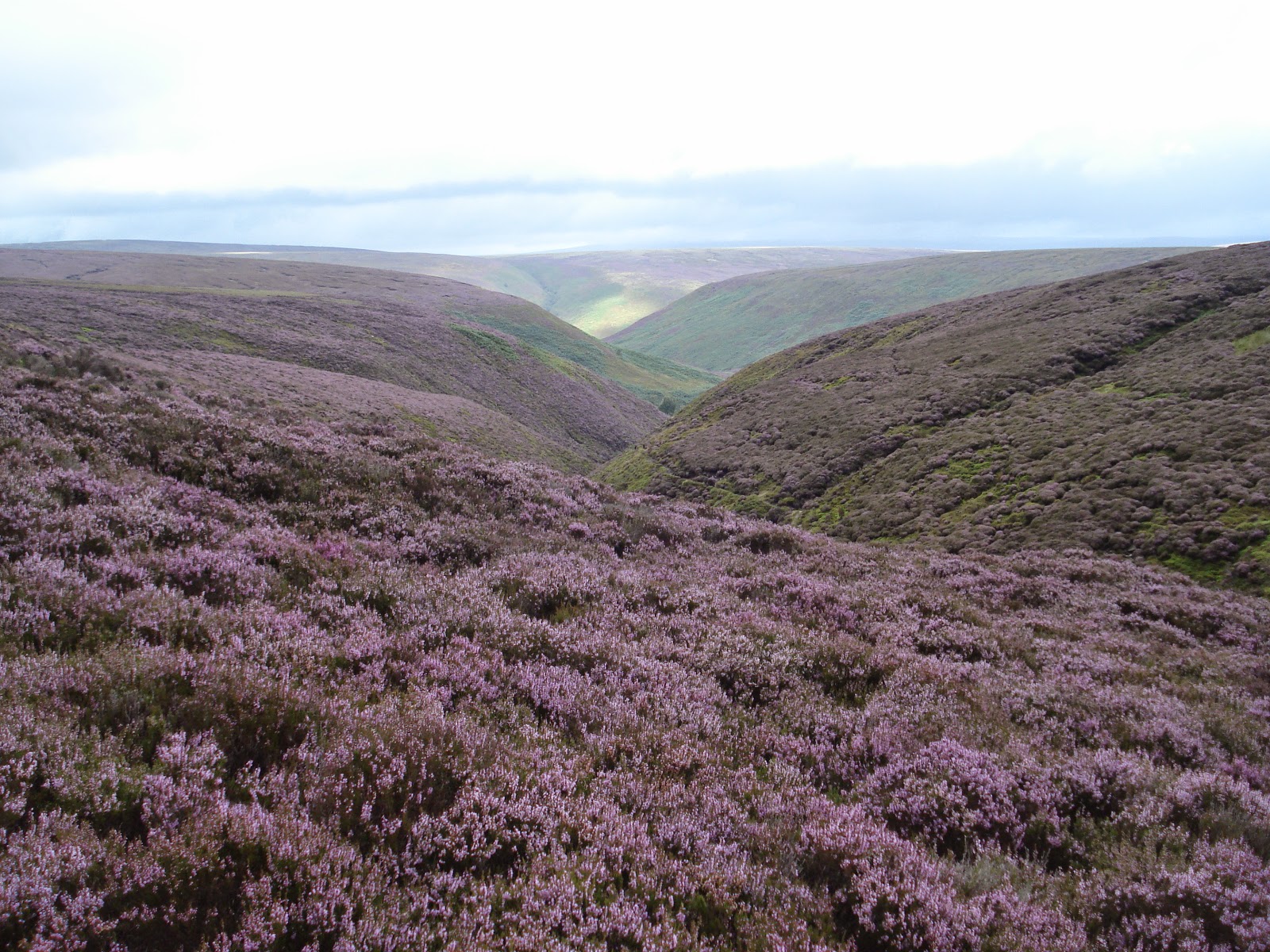 The path is badly eroded by heavy rain in places and today it was getting a bit muddy. One moment of lost concentration and suddenly I was falling. I had time to know it would end badly as the slope below was littered with nasty looking rocks. Having smacked both shins I bounced head first down slope to the next rocks and with no time to protect my face. When I stopped and collected myself I was relieved to be in one piece. Big lump and gash on a cheekbone, fat and split lip, golf ball size lump on my forehead and what I suspected was a broken nose given the pain and blood. One elbow had a lump and hole, one shin had what appeared to be quite a bad cut and although the other leg just had a huge grazed area it was already stiff and swollen. 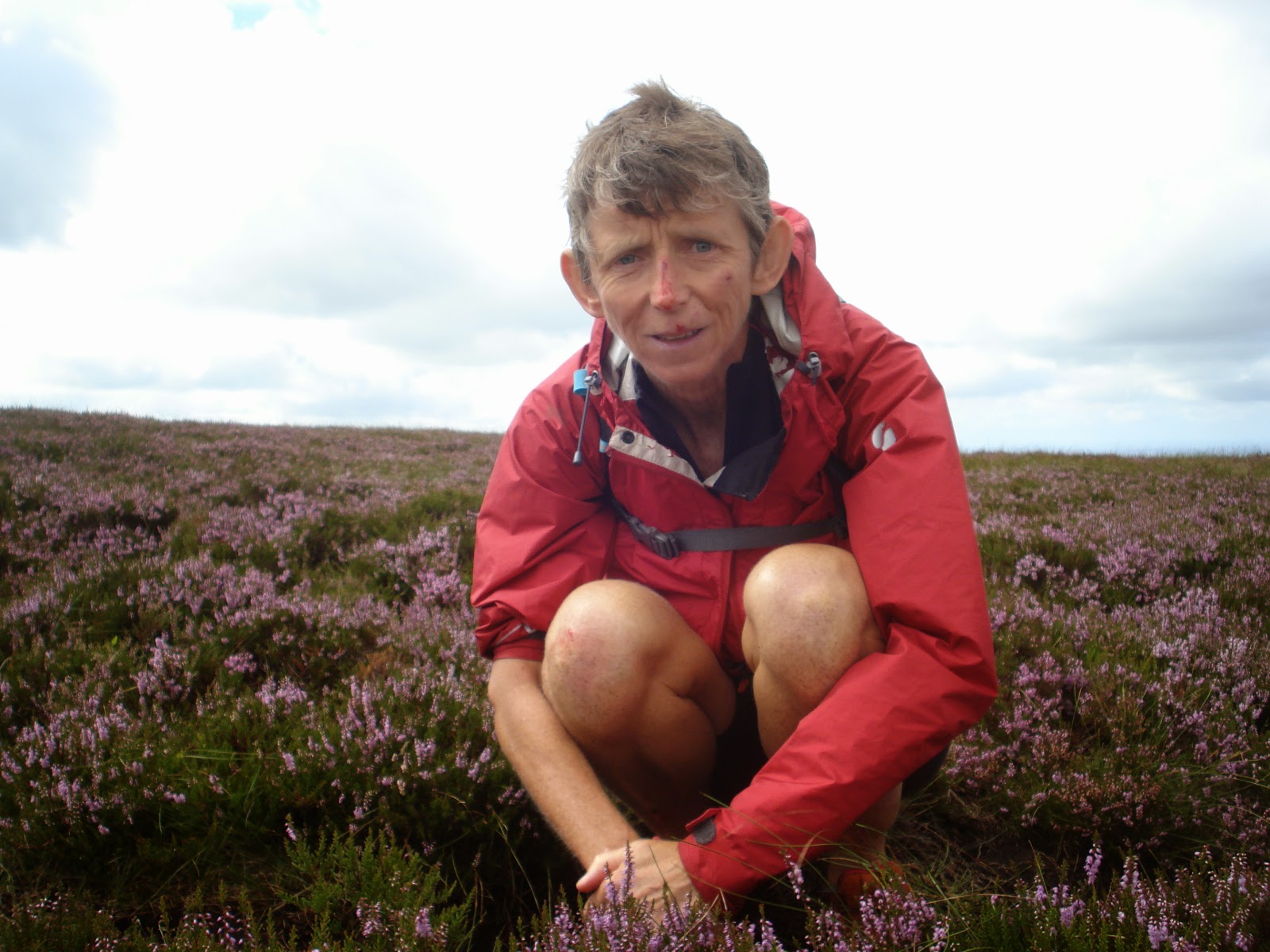 At least I was now next to the river. I spent a few minutes washing off the worst and trying to use the cold water to reduce some swelling. Then the next heavy shower arrived and I knew I had to move before I stiffened up or decided I felt iffy. I hobbled down to Langden Castle, sheltered until the rain abated and then decided I needed to jog back the best I could. The walkers I met going up Fiensdale Head were a bit concerned so I guessed I still looked a mess. The ups and flat were not too bad and I made reasonable time. 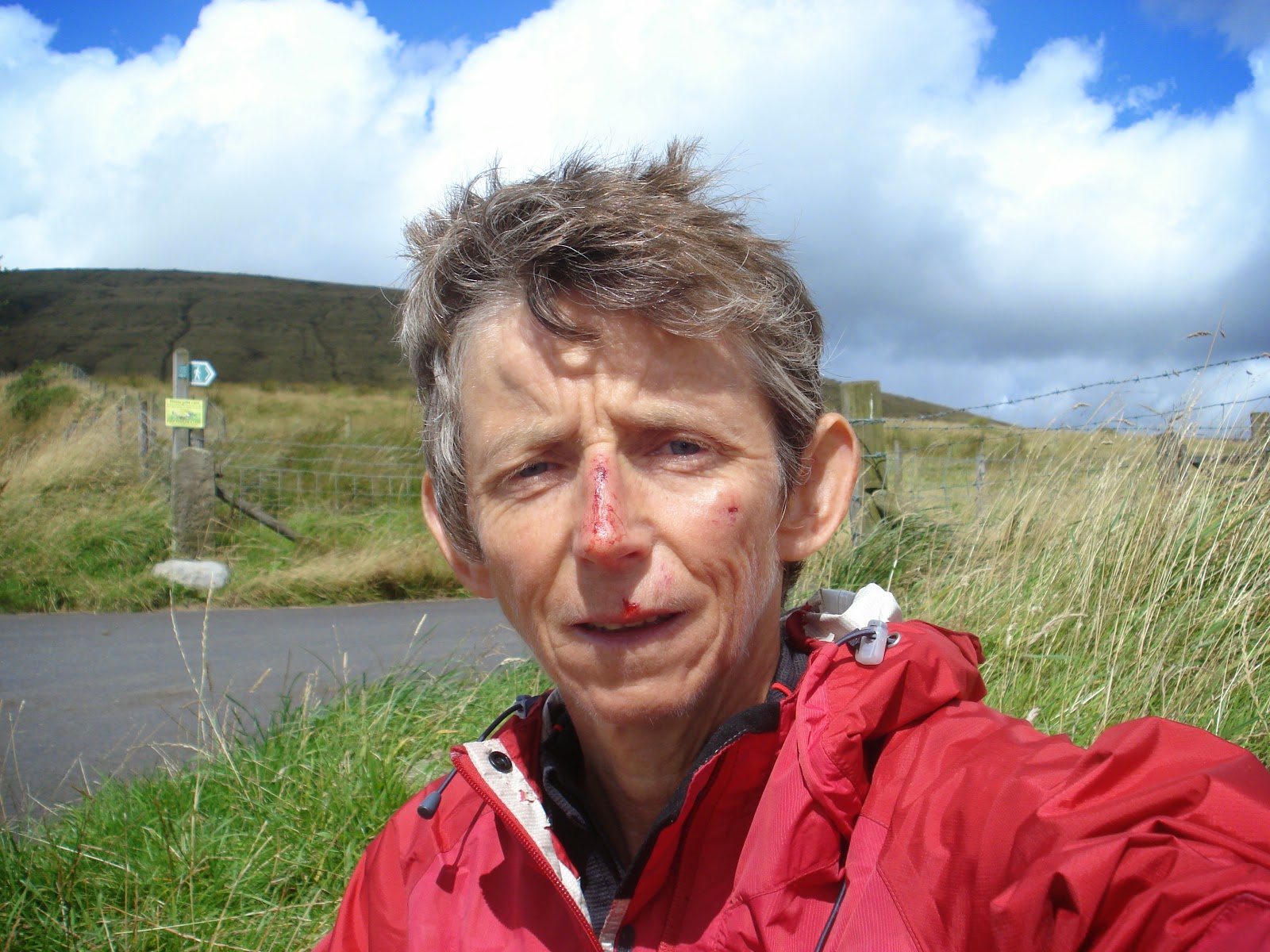 Descending off Parlic was the worst with both shins screaming protests. Fortunately it didn't rain again and the sun even came out.  Not ideal preparation for the UTMB but at least no broken bones, except perhaps my nose, and no loose teeth despite the damage to my face. It is not turning out to be my summer.
Posted by Ultras and a lttle bit more at 05:59