A weekend in the Yorkshire sunshine

The forecast was good and I was itching to be away and out on the hills. We had promised to take Chris to Leeds on Friday so that delayed our start a little. Late Friday afternoon saw us parked up at Bland Hill and ready to run. We even took a head torch just in case. Instead of just opting for some of the Blubberhouses route I went exploring. 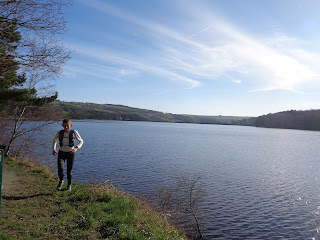 First along the east side of the reservoirs which was new to me and very much in the sunshine. After crossing the A59 I continued up the Washburn valley. It was muddy at first but I was glad I persevered. 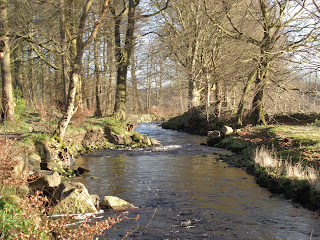 At the top I crossed the dam and went exploring again along the east shore of the top Reservoir.  Bob explored the west shore I later discovered. I wasn't sure about a path on that side and was now well off my map so I continued across some moorland, fields and then found a footpath to cut back to the dam. Back down the Washburn, over the A59 and back on the other side of Fewston. It was getting chilly in the shade as I crossed the final dam and made my way up the field paths to the village hall. 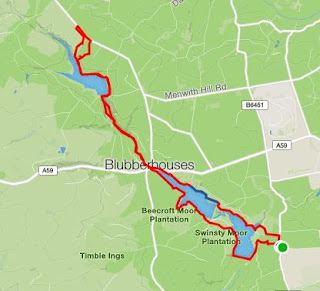 A very pleasant 25km even if rather than flatter than usual. 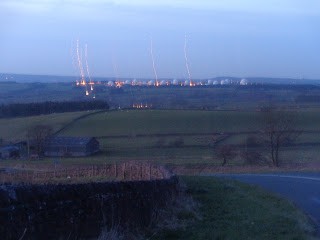 Lovely sunset from the van too - I love staying out. 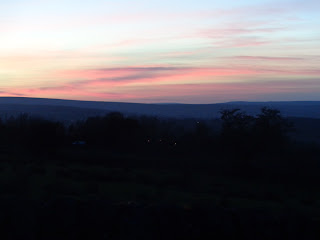 Saturday we were meeting family in Ilkley so we made the most of the early sunshine with a run across Burley and Ilkley Moors. 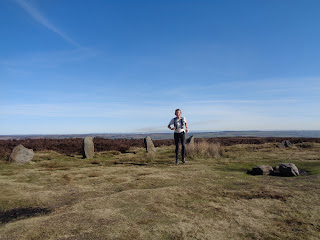 I knew some of the area from Rombalds Stride and other fell races' plus we have orienteered on the area. It wasn't long before I was sweating and wished I was wearing shorts. 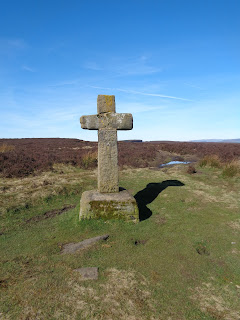 The paths south to Burley were a bit boggy but the edges on the Ilkley side were wonderful. 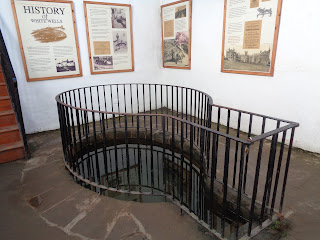 I veered off the race route thinking I might run out of time (and I didn't want to miss my lunch) but I arrived back near White Wells with plenty of time and so was able to fit in some extra loops and climbs before heading back to the van near the Cow and Calf. 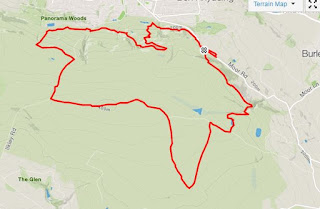 It was now hot and I sat in the sun recovering.
After lunch we moved the van to the top of Fleet Moss as Bob was keen to look at Fellsman routes on Dodd Fell. Langstrothdale was warm and sunny with all the pubs in Kettlewell etc fit to bursting. After Yockenthwaite it was quieter and we had the car park at the top to ourselves. This was a nice afternoon/ evening stroll - not a run. Yeah, right. 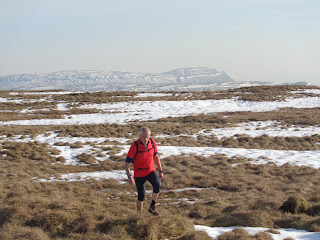 By the time we left the lane and headed up to the trig point we were power walking and from the top we both ran off to check different lines. 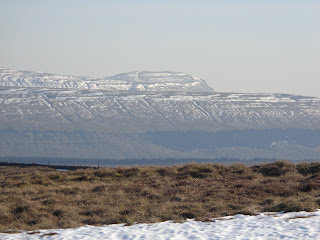 I was back at the van just as it was starting to get chilly but well before the light was fading. We dropped the van down to Deepdale ready for a longer run on Sunday. The stars were amazing and we had our usual peaceful night in the valley. 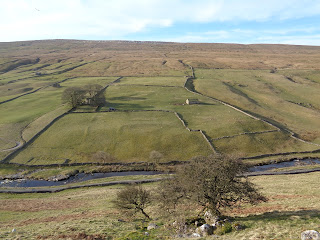 I was off before 9am and even as I headed up the road to find the gate onto the access land it was already getting warm. 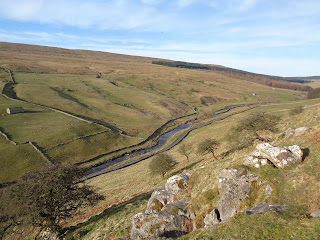 Straight up the valley side was steep but saved running all the way back through Oughtershaw and up the road to the top of Fleet Moss. Once I was on route I followed the wall to the blue cup, or what is left of it. 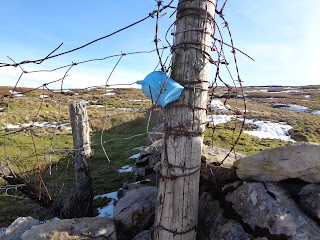 There are some new fences but I stuck to my tried and tested route to Middle Tongue. There wasn't much snow left at all. From the CP there is another new fence which is quite handy to guide you across to the next wall crossing. 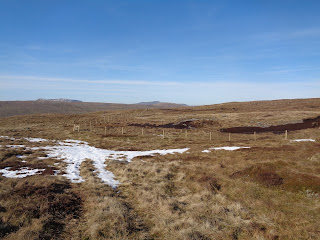 At last I was starting to run and make up some time. Before I knew it I was at Cray and climbing Buckden Pike. 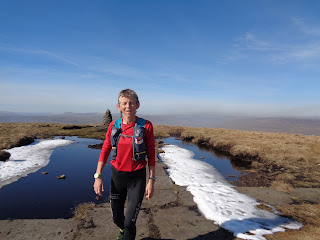 There was more snow here and it was a real pain- some took my weight, other bits didn't and either left me drop into a foot print 8 inches deep or dropped me through to an icy puddle. There were piles of flag stones so I am guessing they plan to pave more of this soon. I made good time to the next road crossing and then came to hard pull, and bog, of Great Whernside. 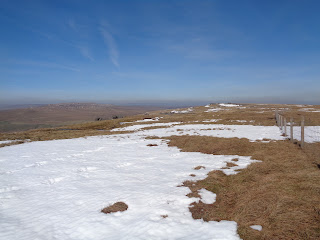 The tops were fine so long as I kept away from the snow near the fence. Descending gained me more time but then I hit the bogs. It slowed me but nothing like the loss of time when I really sank in. 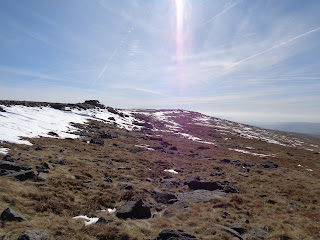 Well over my knees and liquid as I moved my feet. Oh, hell. It took some time to wiggle my way out and by then I was coated in the stuff. At least the remainder of the run is relatively straight forward and mostly down hill. Not long after Capplestone Gate I stopped to talk to some walkers having their picnic but otherwise I pushed on conscious of how long Bob may have been waiting for me in Threshfield. 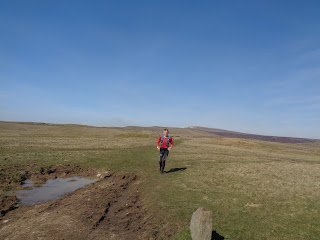 Grassington was heaving and judging by peoples attire they had spent the day shopping, eating and drinking. I dodged prams, dogs and OAPs as I continued down to the river. It felt so much easier than at the end of the Fellsman and I was even able to continue running all the way up the hill to the school. My garmin died well before Yarnbury but I guess it was a total of about 23 miles or so. 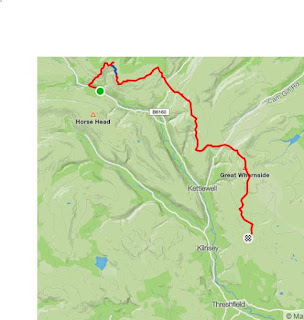 A gorgeous day out and a Yorkshire sun tan. We even stopped for an ice cream on the way home and then to top of Mother's Day Matthew cooked the tea.
Posted by Ultras and a lttle bit more at 14:53